The PRC-Saltillo offices will be closed on Jul 04 in observance of the holiday. We apologize for any inconvenience this has caused.

Madison Mannella is a very compassionate and loving 11 year old with a diagnosis of Floating Harbor Syndrome.  She has a shining personality and brings a smile to everyone’s face when she walks in the room.  She loves helping out around the classroom and is often cleaning up after her classmates.  She is a VERY SOCIAL, non-verbal young lady who has a LOT to say.

Maddy has been involved with the Communication Assessment and Support Team (CAST) at the Niagara Peninsula Children’s Centre since 2005, and started using her first speech generating device, an Alt-Chat Plus by Saltillo Corporation in 2010.  She uses her Alt-Chat for many different reasons: to greet, ask and answer questions, call attention, socialize, chime in, participate in classroom activities, re-tell about an event, tell a joke, make choices, etc.   Maddy enjoys sharing with her classmates about her favorite things using her Alt-Chat.  Those include Justin Bieber, her friends, her (stuffed) bunny, and playing xbox (hockey).  Her Alt-Chat has also allowed her to actively participate in all classroom activities.  Using her AltChat to write about her projects, she then saves full messages so that she can give speeches/presentations.

Each week Maddy is part of the Cafe team at NPCC, where she helps to bake and sell treats. Using her AltChat, Maddy’s Cafe jobs include sharing the menu, asking customers what they would like to drink/eat, telling the customers how much their order is, and wishing them a nice day.

She also actively participates in the Justin Bieber Twitter Project.  This was a project created by Aly Albanese, who is a Speech Language Pathologist on the Communication Assessment and Support Team (CAST) at the Niagara Peninsula Children’s Centre in Ontario, Canada.  “My goal was to create a fun, motivating, functional and MEANINGFUL  language/sentence building activity for a group of three girls. All three girls are huge Justin Bieber fans, like most pre-teen girls, so I thought that by giving the girls access to social media and a challenge (to get Justin Bieber to contact them) would be an exciting and motivating way for the girls to become more proficient device/strategy users. I created a twitter account, @girls_of_npcc, and the girls have been tweeting since January 2012. The girls use their Augmentative and Alternative Communication devices/strategies to create messages, and I then tweet the messages for them. The girls have enjoyed asking Justin Bieber questions, telling him about themselves, and sharing class projects and photos. We are still waiting for a reply, but the girls’ spirits are high”, said Aly.  She has also recently been emailing Ellen with the girls’ story. The girls have had fun tweeting Ellen and sending her funny pictures of them with Ellen and Justin Bieber paper masks.  Let’s hope they meet their goal soon! 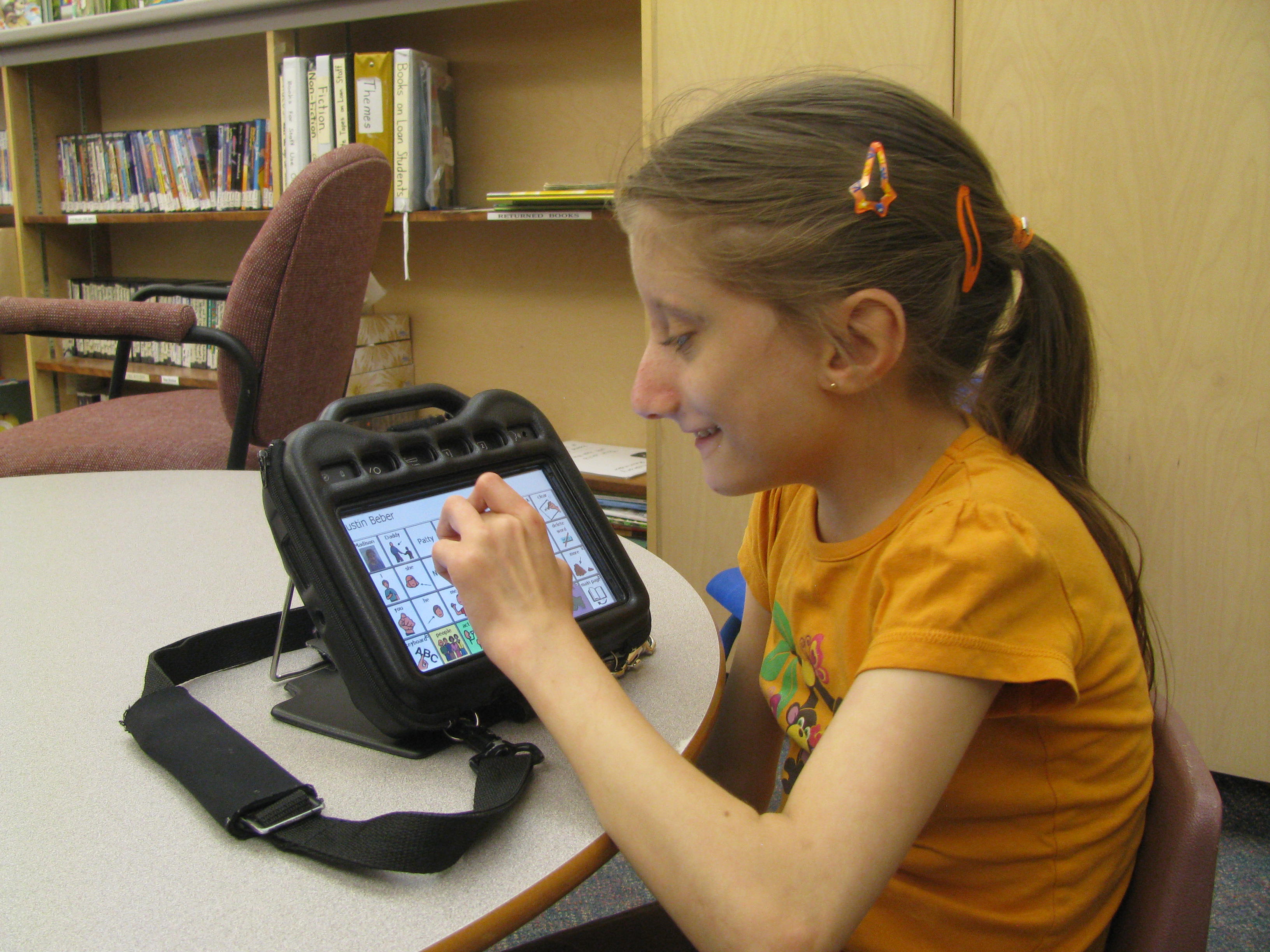 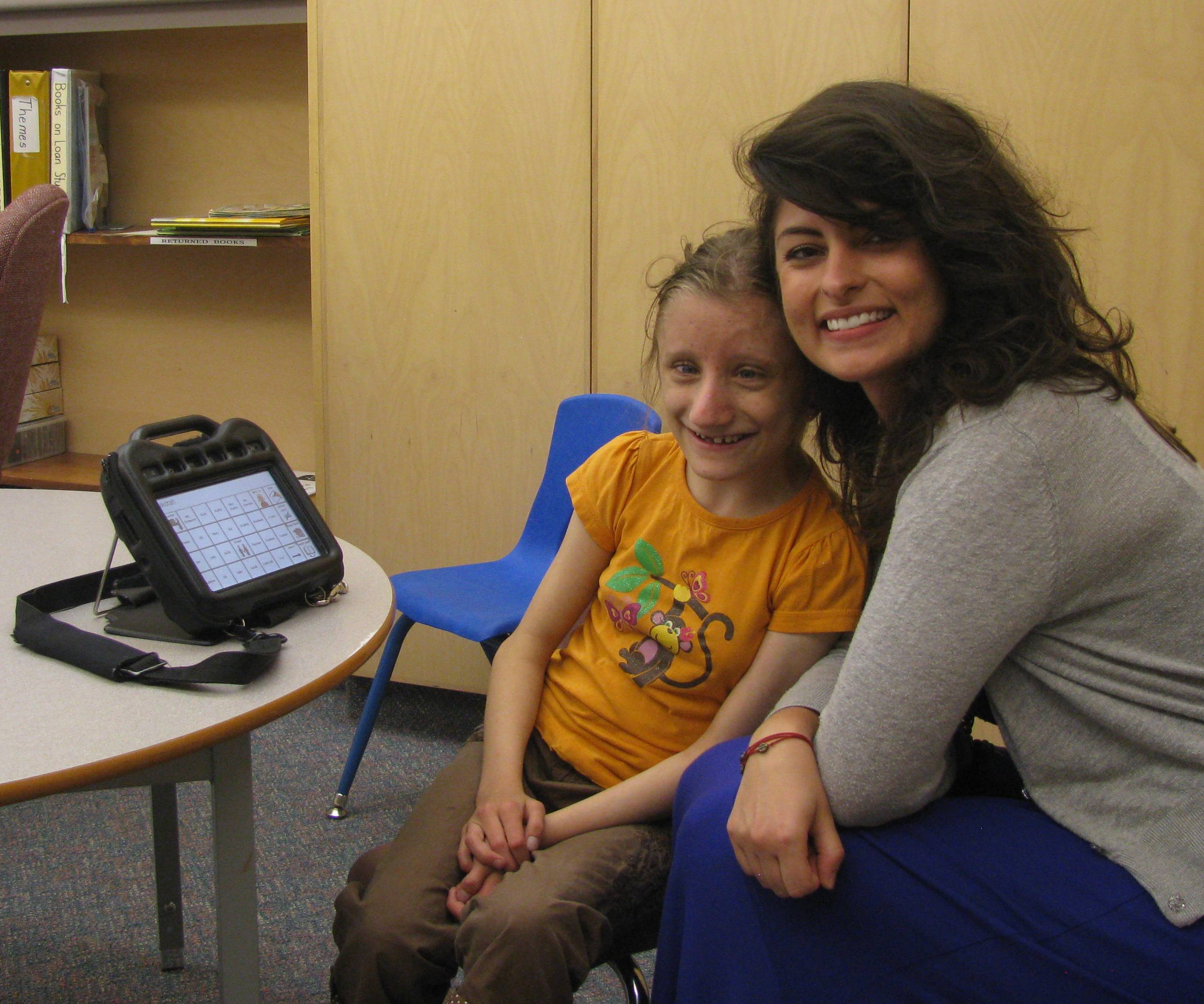 Jamel and the Nova Chat 7

My name is Jamel Mills. I live in New York City. I am artistic. I want to show people I can do some things without speaking. I love dancing and I am writing a novel and a musical. I am also a loveable, elegent, and sensitive dude.  I like listening to Raggaeton music. Raggaeton is Latin and Caribbian music and almost all songs are sung in Spanish. I took Spanish in high school so I understand almost all of words. I love my NOVA chat 7.  I can finally talk after all these years. It's not hard to use and its light weight. I use myCore ss vocabulary file. I can take pictures and go on the web. I chose to use Brian, the adult male British voice because my best friend Cheryl has a British accent. I even used the memo on my device to write this story and email it to Saltillo. I hope you enjoyed my story. 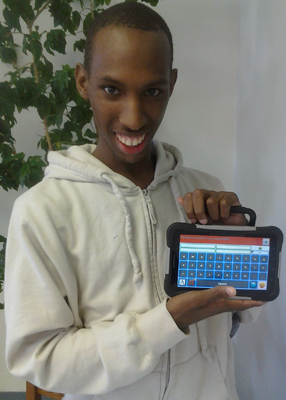 My name is Adil Sanai. I am a Muslim. I lived in Pakistan until I was 15 years old. There are no schools for people with disabilities there so I never went to school. I couldn't walk or close my mouth. I did not have a wheelchair so my family carried me everywhere. When I came to the United States I received medical help and had many surgeries. I was very determined to have a better life here. So I exercised really hard to get better. I can now walk and close my mouth. I now attend AHRC Queens Workshop in New York City. I also work at Marshall's three days a week. Last year I became an ambassador for Saltillo Corporation. I use a ChatPC device so people can understand what I have to say. It's small and easy to use. I can make changes on the device by myself. My story is also on the disability.gov website. 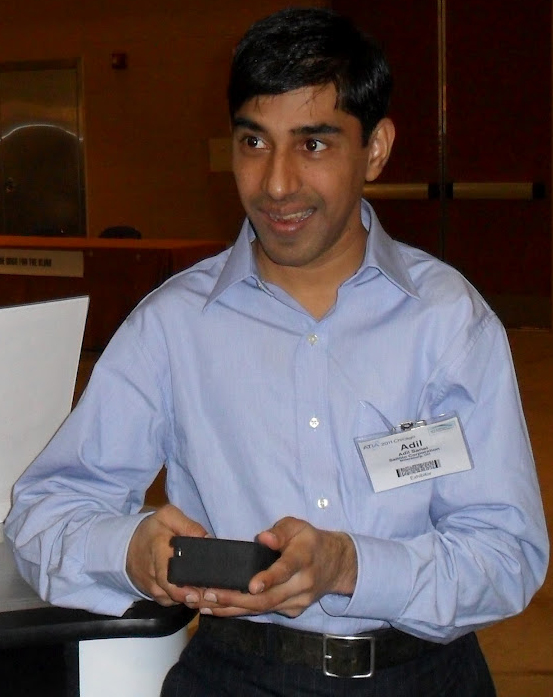