﻿of the American Speech-Language-Hearing Association (ASHA) recognized Saltillo Corporation on August 12, 2016 by reapproving them for an additional five years as an ASHA Approved Continuing Education (CE) Provider.  ASHA Approved CE Providers are approved to offer ASHA Continuing Education Units (CEUs) for the courses they offer to audiologists and speech-language pathologists.  The recognition period extends for five years and includes all courses offered during that time that meet the ASHA CEB standards.

“We are pleased to welcome Saltillo Corporation as our newest ASHA Approved CE Provider organization,” stated Dr.Jaynee A. Handelsman, president of ASHA and director of pediatric audiology in the CS Mott Children’s Hospital and a clinical assistant professor in the Department of Otolaryngology–Head and Neck Surgery in the University of Michigan Health System. Handelsman added, “Saltillo Corporation joins 532 organizations across the county and around the world that have had their organizational process and courses reviewed by our experts in continuing education to ensure the highest possible standards are met.”

Saltillo and its sister company PRC are global leaders in the development of AAC solutions, including augmentative communication devices, apps, computer access products, and other assistive technology for people with speech disorder.

Saltillo strives to provide the most effective assistive technology products along with comprehensive support and service. The goal is that each and every product Saltillo provides allows people with disabilities to participate in and enjoy life to the fullest.

Jake was born with many mysterious 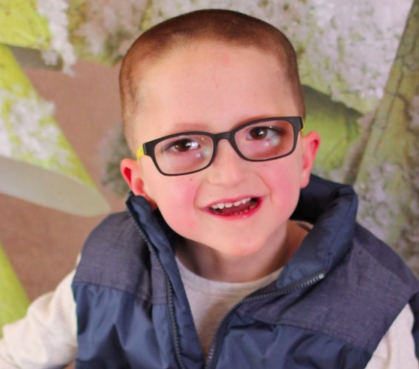 things about him. Throughout the first 2 years of his life, he was in and out of numerous doctor appointments, minor surgeries, hours of physical, speech, and occupational therapies, had multiple MRIs of his brain and spine, a feeding tube, 24 hour oxygen, metabolic and genetic tests-all with no conclusive reasons for his abnormalities. He was given a diagnosis of "severe global developmental delays".

He sat up independently for the first time at 1.5 years. He learned to move around and scoot on his bottom until, with lots and lots of help and support, he figured out how to take steps in his little red walker. Jake learned two signs-more and please, and two words-hi and mama. Picking up new signs was painfully slow and tedious for him, but we continued to try to teach them. In preschool, he then learned to use a picture symbol binder to help him communicate preferences. The preschool required he request snack from a choice of “snack” or “shoe” to get more snack. Jake would often hand them the “shoe” picture and laugh. We later found out he knew the correct “snack” picture all along, he thought it was a funny joke to ask for the shoe at snack time!

When he entered Kindergarten, he took 2 steps unassisted and we all cried. He worked and worked for months up to 3 steps, then 4, and 5. By the end of Kindergarten Jake didn't need his little walker anymore. That summer, Jake crawled up the stairs by himself and we cried again. These milestones- he did them when he was ready.

Jake’s communication has had a similar pattern. He is non-verbal, but has so much to say. He smiles, he points, he imitates and he engages everyone he encounters. A little less than a year ago Jake finally received his first communication device, a lime green Nova Chat 10. Quickly Jake’s use of the vocabulary on his communication device confirmed our suspicions, Jake understands way more than he is able to express! He now listens to conversations and repeats parts of phrases that he hears. For example, one day after therapy I told my husband that Jake did a great job. Jake used his device to say “good” and “therapy”. He requests toys, people, responds to books and games, talks about his toys, and tells us about his day at school-all on his device. He is incredible and each day he shares something new. He is even starting to read and spell. Jake’s communication device has opened his world to opportunities we didn’t know were possible! What a lucky guy that he has finally been given access to a voice! 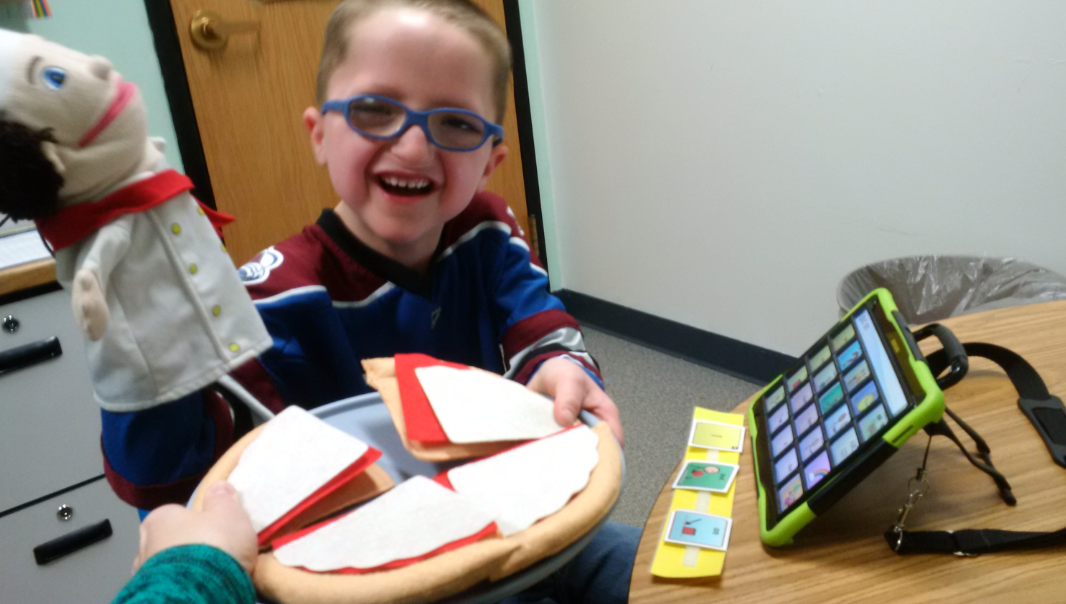 At school Jake has an incredible support system. He has other students who serve as communication device “role models”, peers who read to him using his communication device and teachers who build Jake’s learning by setting high expectations and providing him instruction which embraces his use of the Nova Chat during all aspects of his day!

Jake has had many challenges however; they are not what define him. What defines Jake is his smile, his hugs, his encouraging thumbs up, his drive to socially connect to anyone and everyone, his motivation, his easy going personality, and that laugh-that deep gut laugh. He gave us the gift of slowing down and enjoying each and every milestone and accomplishment. Through Jake’s Nova Chat, we are all beginning to learn so much more about who he is as an individual. He is making a difference everyday as he helps people become more accepting and open minded toward unique ways of communicating, connecting and sharing. He is doing this one interaction at a time and we can’t wait to see what his future holds!

GOOD NEWS for those going through our Funding process – it just got a whole lot EASIER! No more waiting at the fax machine to send in your paperwork! Now submit your funding files online with just a few simple clicks.

Our SECURE and easy new process allows you to upload files electronically, saving you time and effort! Once submitted, a confirmation email will be sent to you, acknowledging receipt of your files.

Find out for yourself just how easy it is and upload NOW! https://eval.prentrom.com/fundshare 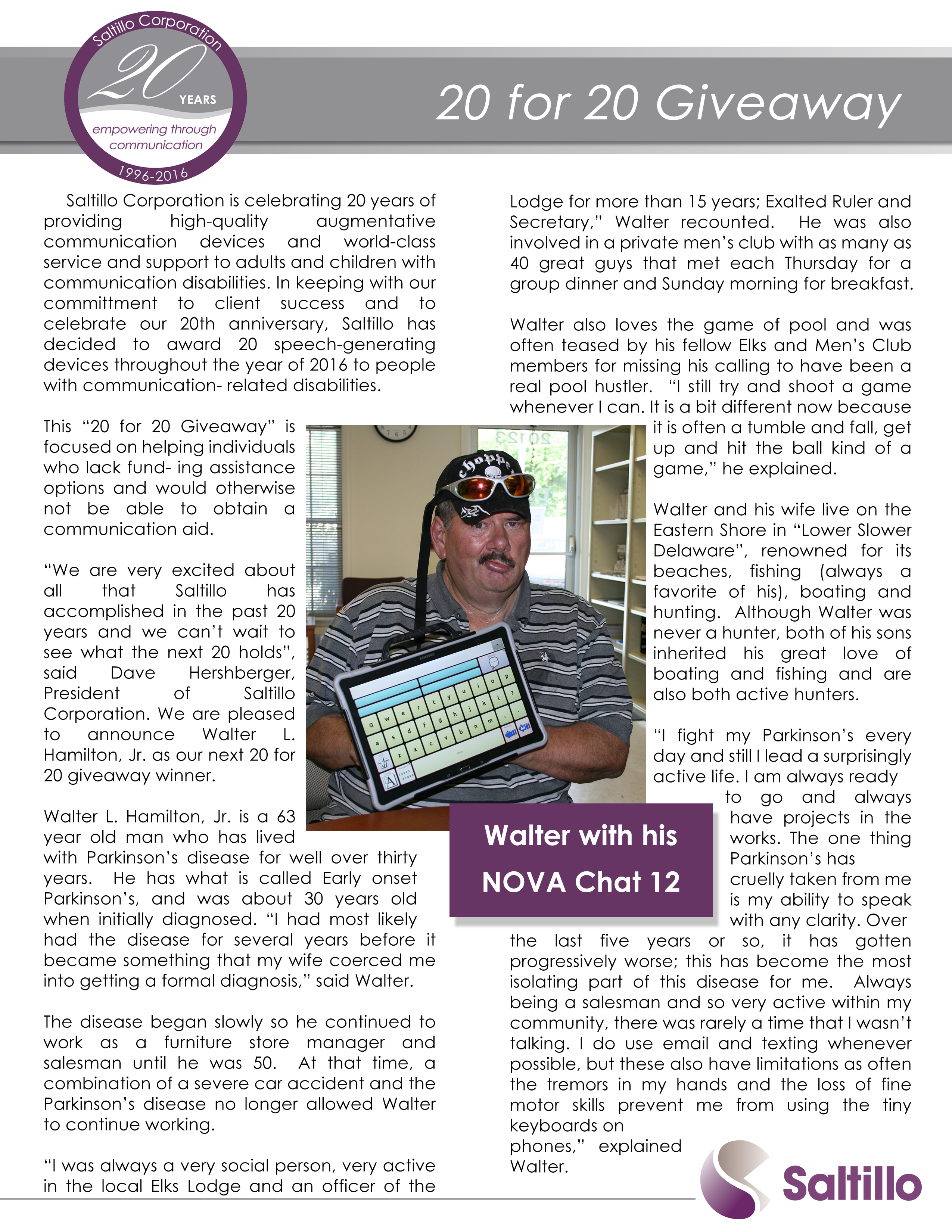 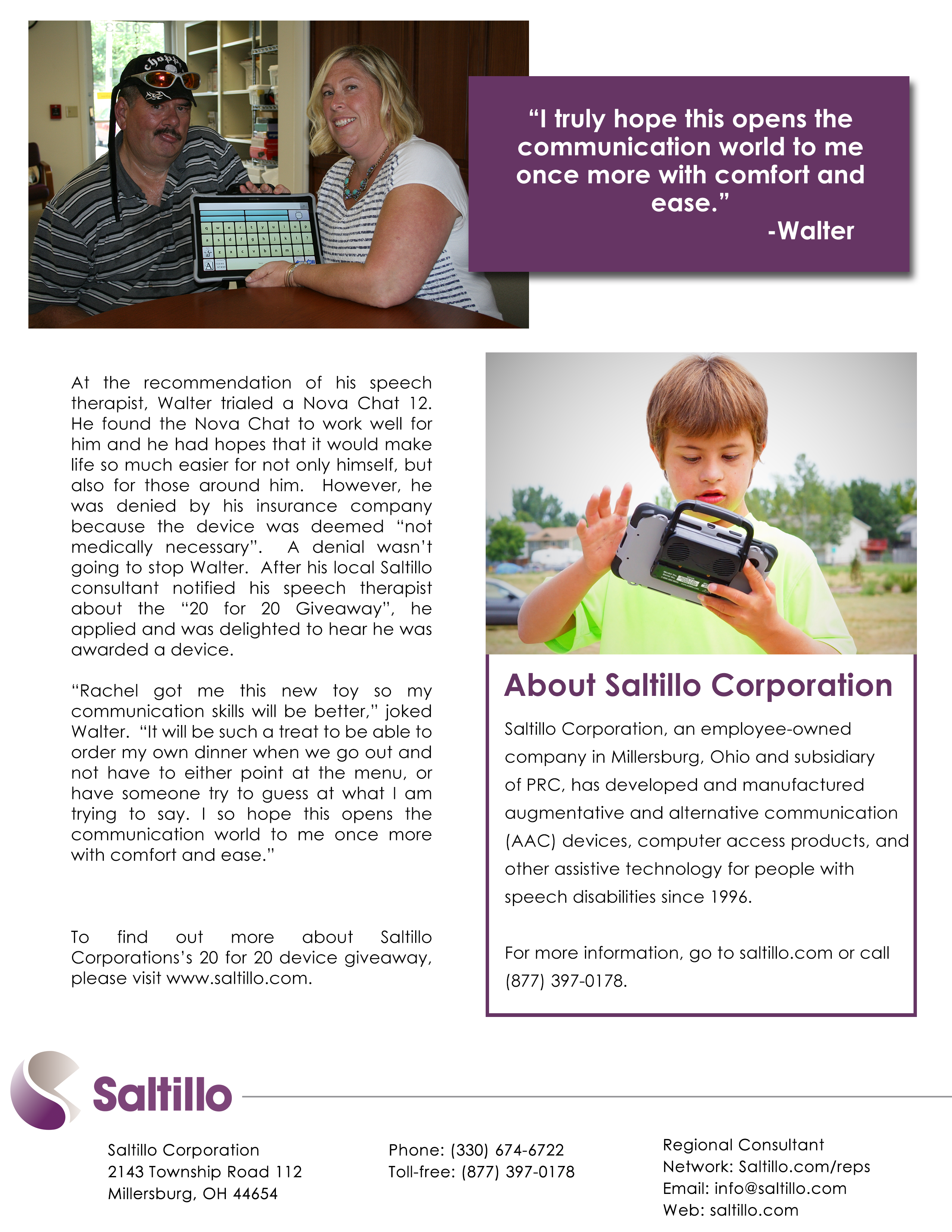