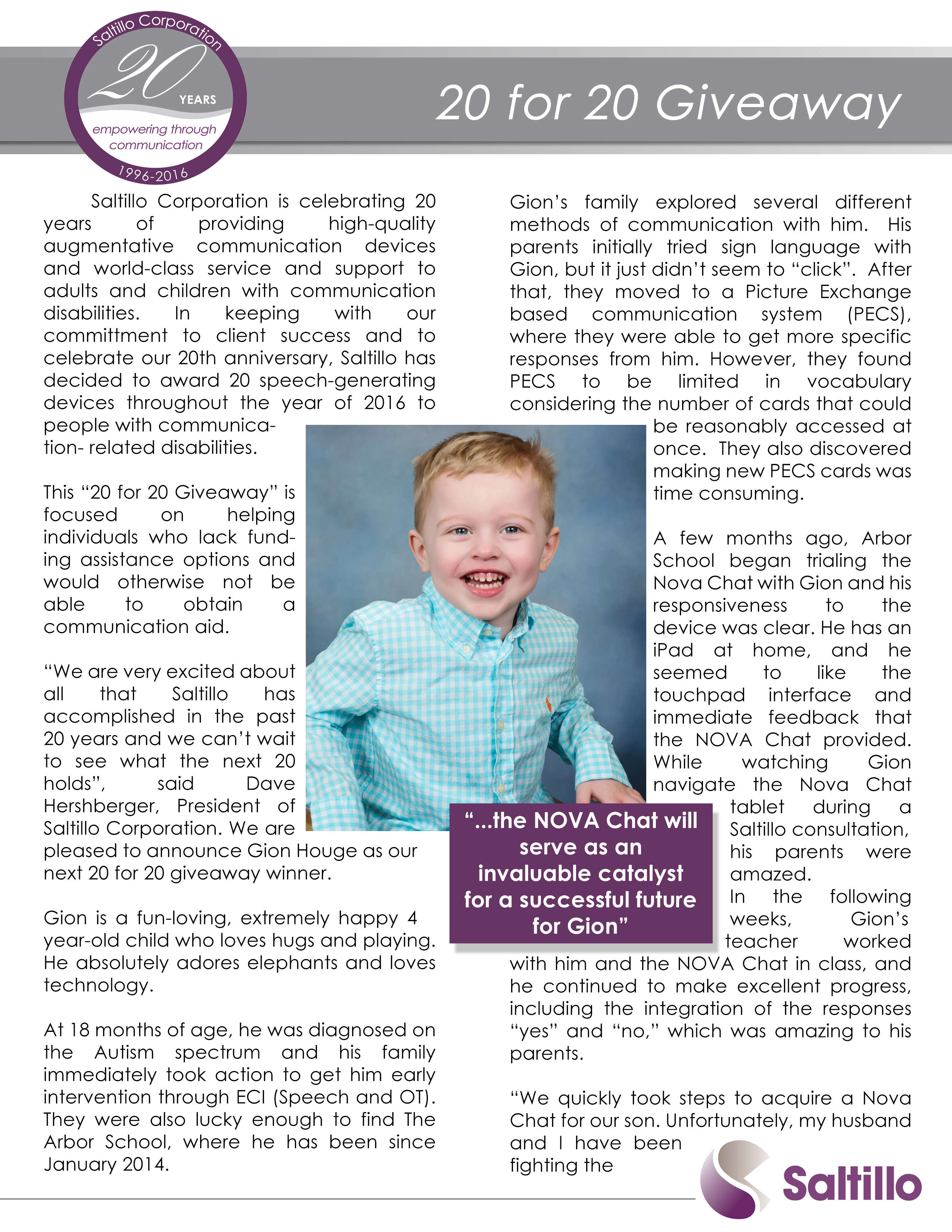 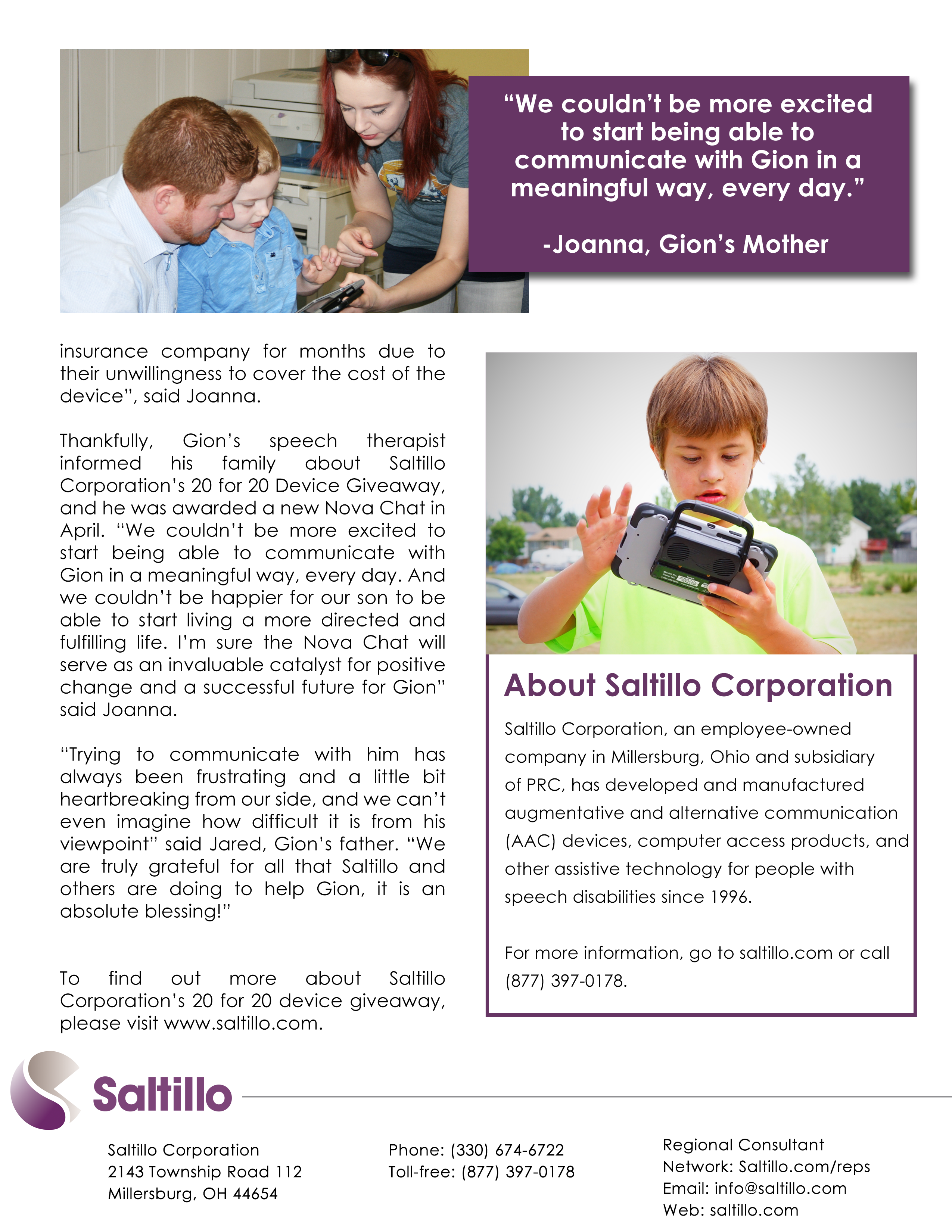 We are excited to announce that Noah 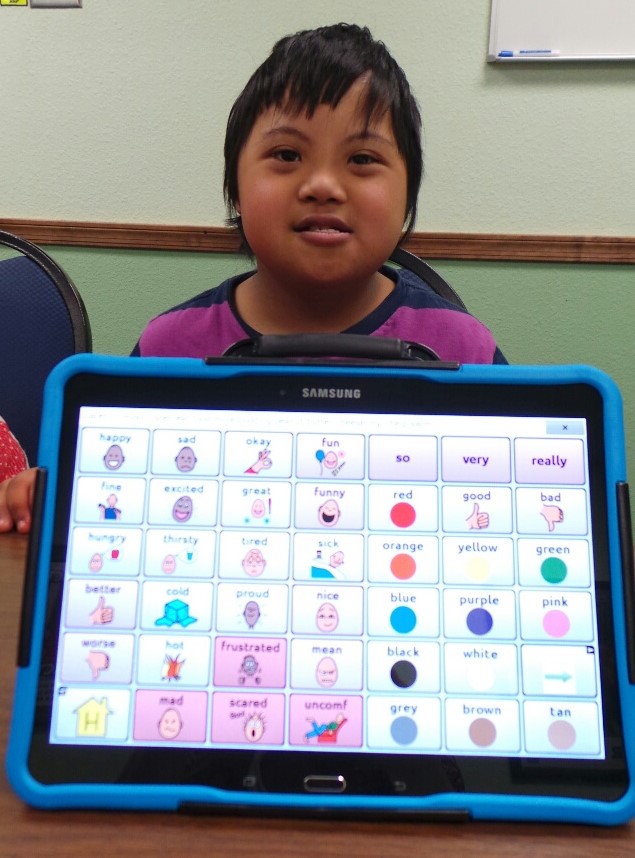 Htay is the third recipient of Saltillo Corporation’s “20 for 20 Device Giveaway”.  Noah is a sweet and funny 9 year-old boy who attends second grade at Sweetwater Elementary in Glendale, AZ.  He is the youngest of 5 boys in his family, ranging in ages from 9-26. Although Noah’s mother, Than, moved to the United States from Burma, Noah was born here in the United States.

Noah has Down's Syndrome and his speech is very difficult for others to understand. As a result, he relies more on gestures than verbal communication. Noah has tried other forms of communication in the past, such as signing and static communication devices, but he needed a more robust language system.

Noah’s teacher, Liberty Kester said, “He loves using an AAC device and is very motivated to communicate with others.  He is very quick to pick up new words and sentences” as was demonstrated when Noah was presented with his brand new Nova Chat 10 from Saltillo Corporation.  He immediately began exploring the device and said "I like cake, cookies, candy".

The staff at Sweetwater describe Noah as a hard worker who is proud of his school work.  He loves to “work” for stickers. He also possesses a unique fashion sense as he dresses himself each day and prefers to wear a long sleeve dress shirt with a tie and pajama bottoms.

Despite the fact that his mother 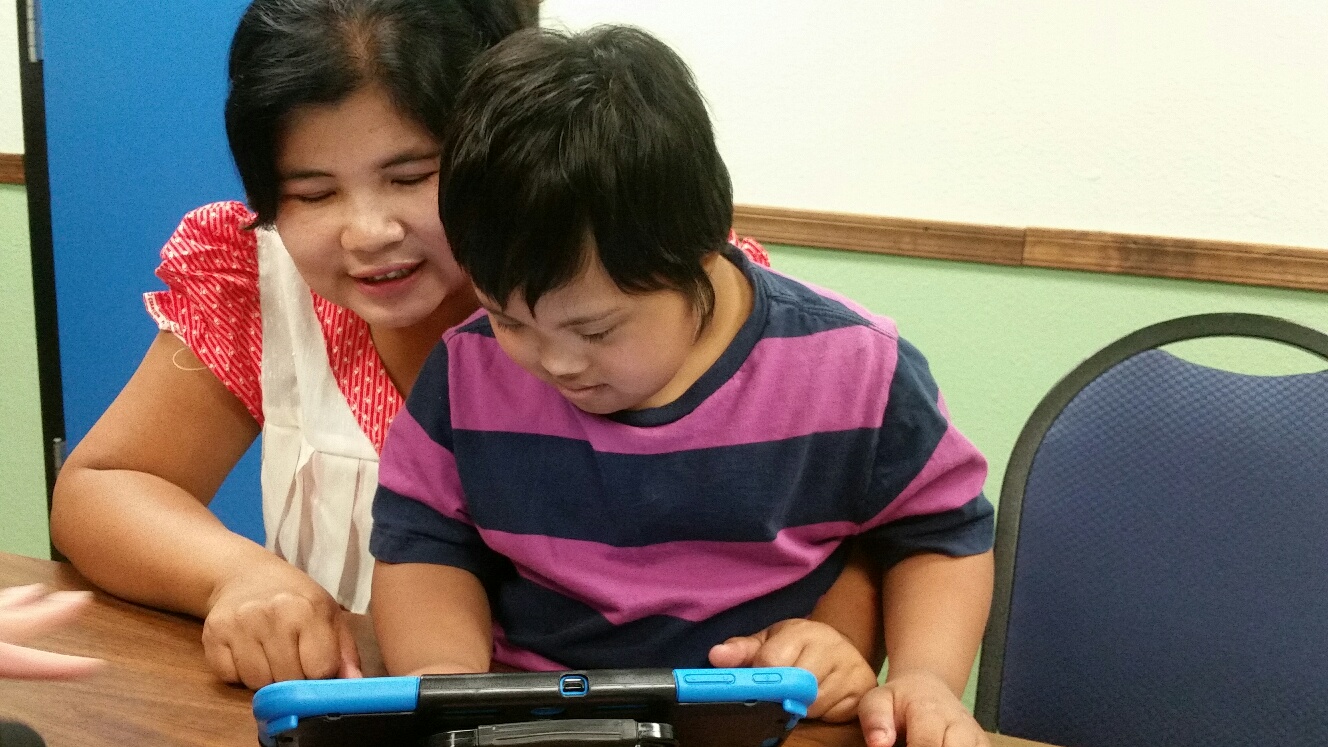 does not speak English, she did express her gratitude for the 20 for 20 Giveaway through her translator. She said, “I’m very grateful for the opportunity to have this device for my son and I want to thank everyone involved in the process”.

To find out more about Saltillo Corporation’s 20 for 20 device giveaway, please visit www.saltillo.com