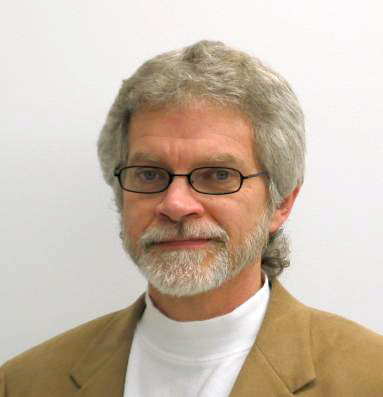 Prentke Romich Co. (PRC) has announced appointment of a new Chief Executive Officer for the PRC family of companies, including PRC, Saltillo and the international subsidiary businesses in Canada, the UK, Germany and Australia, effective January 1, 2018.

Dave Hershberger, who has been serving as President for Saltillo and Chief Technology Officer for the corporation, has been selected by the Board of Directors to succeed outgoing CEO Dave Moffatt, who announced his retirement effective March 31, 2018.

“Dave is an excellent choice for this role,” said Moffatt. “He has decades of experience in the AAC marketplace, a passion for the people we serve, and a strong connection to the values and culture of this company. I’m looking forward to assisting him in a smooth transition.“

I’m ready to move into the next phase of my life, and with the company’s remarkable growth and stability, this is the right time to make this transition,” he continued. “The talent, experience and customer focus of our staff around the world makes this an easy decision for me.”

During Moffatt’s tenure as president and chief operating officer, PRC dramatically expanded its scope of products and services, achieved a five-fold increase in revenue as a result of that expansion, added several business units, and completed the journey to becoming a 100 percent employee-owned enterprise

Hershberger began his career at PRC as a high school student in the late 1970s, working in the company’s production department.

Upon his graduation from the University of Akron with a degree in Electrical Engineering, he continued his work at PRC, advancing through the company to eventually being named Director of Research & Development, growing and improving the company’s speech-generating device offerings.

In 1996, while working at PRC, Hershberger began Saltillo Corporation, manufacturing simple, easy-to-use devices designed to complement the PRC product line and serve individuals with cognitive disabilities. The company was acquired by PRC in late 2007, with Hershberger retaining his position as president of the Saltillo unit and also becoming Chief Technology Officer for PRC.

“I’m honored to have been named CEO of this family of companies,” he said. “It’s an incredible opportunity to be part of an organization that enables people to express themselves. I appreciate the confidence that’s being given to me to guide the company into the future, and I appreciate the team we have in place around the world to continue our mission.”

It was as a teenager that Dave Hershberger’s life took an unexpected turn.

“Back then, I really didn’t know where I was going or what I was doing,” he said.

Hershberger began working part-time in the production department at PRC while still in high school, in the late 1970s. After graduation, he moved to a full-time position in the company’s research and development department, all while attending the University of Akron at night.

“The work really inspired me,” he said. “It was incredible to see just how technology could change someone’s life.”

“Communication is so fundamental,” he said. “Everyone, regardless of their ability, deserves the opportunity to express themselves.”

With PRC founder Barry Romich’s blessing, Hershberger set out to build devices that would serve their needs. He named the company Saltillo and began to develop more portable devices with a more basic language interface.

While Saltillo continued to grow in the marketplace, the company’s direction took a turn when it partnered with Enkidu, another young company that focused on the then-emerging handheld device market.

With Saltillo focused on hardware, Enkidu developed a more sophisticated software system until it was purchased by a competitor. However, this helped spur Saltillo into developing products for a wider audience, a path it has continued to follow.

By late 2007, the company shifted gears yet again when it was acquired by PRC. By then, both companies were pursuing a similar vision: Serving the needs of those who were unable to communicate on their own. Remaining separate entities no longer made sense.

In 2013, in addition to his role as CEO at Saltillo, Hershberger was named PRC Chief Technology Officer, allowing him to oversee engineering operations for both companies. This, he said, has allowed both companies to take advantage of technology improvements for better device performance.

As he prepares to take on the Chief Executive Officer duties, Hershberger reflected on the changes in the industry he has seen through his career.

“It has been an honor to have been part of this field for the past 40 years. I’ve had the privilege of working alongside researchers, engineers, clinicians, educators and families, as well as those who need our technology. As a community, we’ve been able to develop solutions that we couldn’t even imagine in the early years. Most rewarding of all has been seeing how these products have changed the lives of individuals who cannot use their natural voice.

“And there’s no reason to believe that progress will slow down in the future,” he noted. “We are constantly exploring new technologies and approaches for giving our clients greater access to communication.

“In addition, we’ll continue to provide support to the professional community: the speech-language pathologists, the speech therapists, educators, parents – we want to help strengthen the bond we have with them, to help them as they work to improve the lives of others.”

Although he has his eyes firmly fixed on the future, Hershberger nonetheless still marvels at the distance both he and the two companies have traveled.

And if he had one thing to say to the high school student starting his career part-time in 1978?