As an AAC-focused SLP with connections to Quebec and northern & eastern Ontario, among other places, I often hear from people seeking French speech-generating devices (SGDs). And while they exist, until recently I didn’t think there was anything for folks whose abilities & needs suit a robust, picture-supported, predictive (and therefore selection-saving) language system.

Enter Nancy Inman, the veteran SLP behind WordPower. When she heard about this gap, she dusted off her university French and, in collaboration with some first-language-French speakers, intrepidly set about bridging it.

“What’s the big deal,” you might say, “just translate English WordPower.  Sure, it’ll take a while, but most of the hard work is already done, right?”

If only it were so simple! As Nancy can tell you, the French language works differently enough from English that straight translation of anything beyond a keyboard and pre-stored messages is impossible. For example, English verbs have a maximum of 6 forms in total, whereas some French verbs have as many as 6 forms in a single tense—and at least 5 basic tenses!*

Plus, a word in one language often doesn’t conveniently match up to just one word in another. As English speakers who’ve tried to learn Spanish know, “to be” translates as ser or estar, depending what you’re using it for. And French may be even ‘worse’ for English speakers: for instance, it lacks anything equivalent to the English “out”…and consider how often we use that core word, especially with early language (and therefore AAC) learners!

So it’s remarkable that, in a couple of intense years, Nancy published not one but two essentially brand-new French page sets—WordPower60 français and WordPower120 français—that nevertheless feel familiar to WordPower jockeys. The first new French WordPower in decades, the first ever with picture support, and the only ones to run on modern SGDs, they incorporate almost all the conveniences people appreciate in modern English WordPower for NovaChat & TouchChat such as logical next words, word completion, category-based vocabulary including core words, etc.

And with the arrival of the Via Pro, people for whom touch isn’t an option and for whom switch scanning is too slow or frustrating can choose a fully-vendor-backed SGD that makes these files accessible through head tracking. Or if someone needs a bilingual system, WordPower60 français is built to resemble the popular WordPower60 Basic for NovaChat & TouchChat, and you can easily link them together using these platforms’ Profiles function.

So French-speaking AAC communities, take note: there’s a new kid on the block!

To find out more about WordPower60 français & WordPower120 français, be sure to check out our videos and/or contact your local Saltillo/NovaChat consultant.

Tamira, an African-American Adult Female voice, is the latest addition to voices available from PRC-Saltillo.

Your Voice Is Important

Created in conjunction with Acapela Group, Tamira is the first of four African-American voices that will be coming to PRC-Saltillo products. Every AAC communicator should be able to communicate in a voice they feel represents themselves, and we look forward to building a larger library of voices to support that goal. In the meantime, we welcome Tamira to the PRC-Saltillo family!

Get Tamira on Your Device

Tamira is now available as part of the suite of Acapela voices on Accent* and NovaChat*. She is included as a free download within the TouchChat app, and is available for free within the upgrade store of the LAMP Words for Life app.

* Available for devices with Acapela Adult Suite activated, and running the latest software versions. For more information, or to purchase, please call 800-262-1933. New! For parents/caregivers interested in learning how to be more effective when interacting with a child using augmentative and alternative communication (AAC).

Working with a new speech-generating device is exciting, and there’s so much to learn… from understanding the vocabulary system to programming the device and more.

What you need…is a coach. Someone to walk you through it all.

AAC Group Coaching from PRC-Saltillo is here to help!

What is AAC Group Coaching?

Over the course of four, hour-long, online sessions, participants will learn about communication techniques and strategies to encourage receptive/expressive language and communication with their child using AAC.

These sessions take place over four weeks and include six parents/caregivers and one AAC Coach, a certified speech-language pathologist with expertise in AAC and vocabulary systems.

By increasing their communication partner skills, families and caregivers will assist their children using these devices to become better communicators. This will improve their child’s ability to:

AAC Group Coaching provides parents/caregivers with the chance to learn from an experienced AAC coach as well as from parents like themselves, who may have different perspectives to share.

Specific skills taught to parents/caregivers include:

Meeting in a small group environment allows parents/caregivers to support and encourage each other. Often parents/caregivers of children with significant communication disorders who use SGDs have had little opportunity to talk with other parents in similar situations.

AAC Group Coaching provides parents/caregivers the chance to learn from an experienced AAC coach as well as from parents like themselves who have different perspectives to share.

Don’t wait – space is limited, and cost is only $200 for four weeks of coaching! Sign up now and learn how to help your child become a more effective communicator.

Now, learning about your favorite AAC apps is easier than ever

AACapps.com, the former site for the LAMP Words for Life app, now hosts all three of PRC-Saltillo’s industry-leading AAC apps: 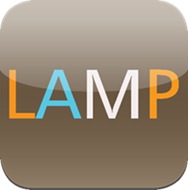 LAMP Words for Life is designed to meet the communication needs of children with autism and other developmental disabilities.

Based on the Language Acquisition through Motor Planning (LAMP™) methodology, the main feature of the LAMP Words for Life app is that every word is produced by one unique and consistent motor pattern. Its consistent motor plan enables early success and allows the client's vocabulary and communication skills to grow. 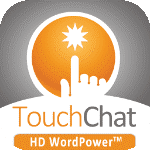 TouchChat by Saltillo is a full-featured, communication solution with WordPower™ for individuals who have difficulty using their natural voice.

With easy-to-customize features and a wide range of vocabularies, languages and voices, TouchChat by Saltillo is an industry-leading iOS-based AAC app and designed for those with Autism, Down Syndrome, ALS, Apraxia, Stroke, and other conditions that affect a person’s ability to use natural speech.

TouchChat offers a wide variety of innovative features, like head-tracking and split screen, as well as a wide range of vocabularies, languages and voices.

Dialogue AAC is an iOS app designed for literate individuals who require AAC (augmentative and alternative communication). Based around a keyboard, word prediction, and quick phrases, Dialogue AAC offers intuitive programming and a variety of access methods.

The easy-to-navigate interface of Essence, FREE voice banking and voice creation options, along with the power and familiarity of iOS functionality, come together to create a robust app that gives communicators the ability to begin communicating right away.

Find the answers to all your questions about PRC-Saltillo AAC apps, including those about: